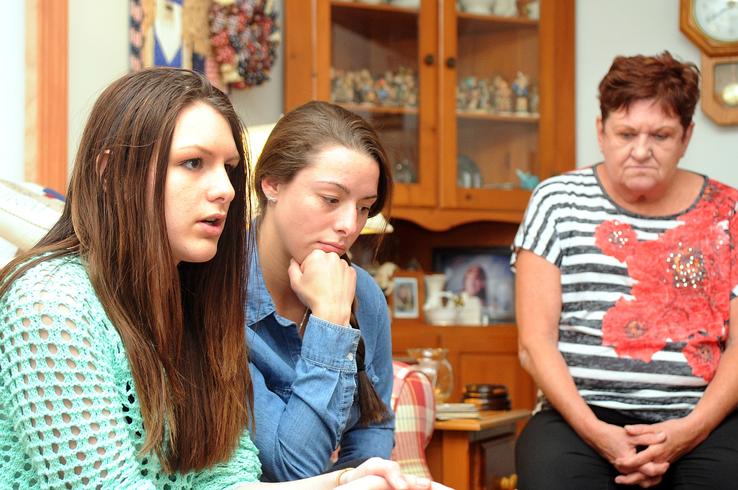 ABINGTON, MASS. (Issued Spring 2013) — “F & A” — standing for “Forever & Always” – is an abbreviation that was coined by 15 year-old Makayla Guerriero. She used it often, whether she was waving goodbye, ending a phone call, signing a note or an email.

The Abington High School sophomore committed suicide in November, 2012, and now, Makayla’s friends and family hope to keep her memory alive ‘forever and always’ by establishing a memorial fund in her name.

According to her mother, Kellie Guerriero, a portion of the funds raised for the Makayla Guerriero Memorial and Scholarship Fund will be used to heighten awareness of the causes and prevention of teen suicide in local middle, junior and high schools.

Kellie, who works as a Scheduling Coordinator at ARCH Orthodontics in Stoughton, has joined with family and friends to sell memorial bracelets for $5.00 each. In addition, several fundraising events are in the works, including a ZUMBAthon, golf tournament, and a fundraising gala. Dates and details will be announced.

Makayla was not only a big Boston sports fan — often attending Patriots, Celtics and Bruins games – but she excelled in sports herself, playing on the Varsity Lacrosse Team for Abington High and on the town’s travel basketball team. She had been a Pop Warner cheerleader and most recently joined the South Shore Boxing Club in Whitman.

In keeping with her love of sports, donations to the Memorial and Scholarship Fund will also be used to help pay for sports equipment for one student each season who would not otherwise be able to afford to play their chosen sport. In addition to students at Abington High, those in other towns where Makayla had friends will also be eligible for funds, including worthy students at South Shore Vocational Technical School, Rockland High, Weymouth High and East Bridgewater High.

For information about making donations, fundraising and coming events, email MKGMemorialfund@gmail.com. Donations are also being collected through www.iGive.com. Using iGive, members can generate donations by shopping at any of over 1,200+ stores. For more information visit How iGive Works. Also, interested persons are invited to visit and join the Makayla Guerriero Memorial page on Facebook.